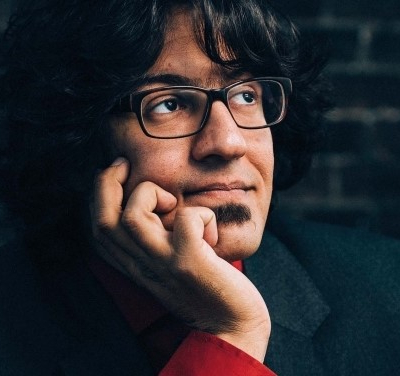 Sahand Sahebdivani was born in Iran but fled at the age of three to the Netherlands with his parents. He was trained as a storyteller in the Dutch Royal Institute of the Tropics. In 2004 he opened the Mezrab Storytelling School, which has since grown to be one of the most important stages of storytelling in the world. In 2014 the Dutch storytelling community awarded him the title Storyteller of the Year. He currently tours Europe and outside with the hit storytelling shows Kingdom of Fire and Clay and My Father Held a Gun as well as his solo shows.

At the Master of Education in Arts Sahand teaches the masterclass storytelling, together with Raphael Rodan.