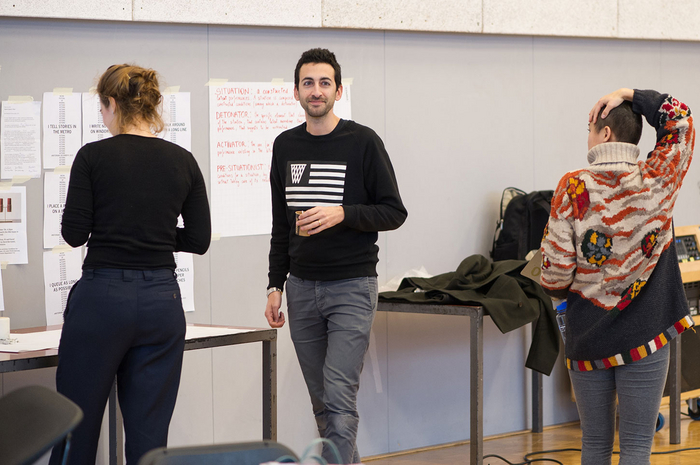 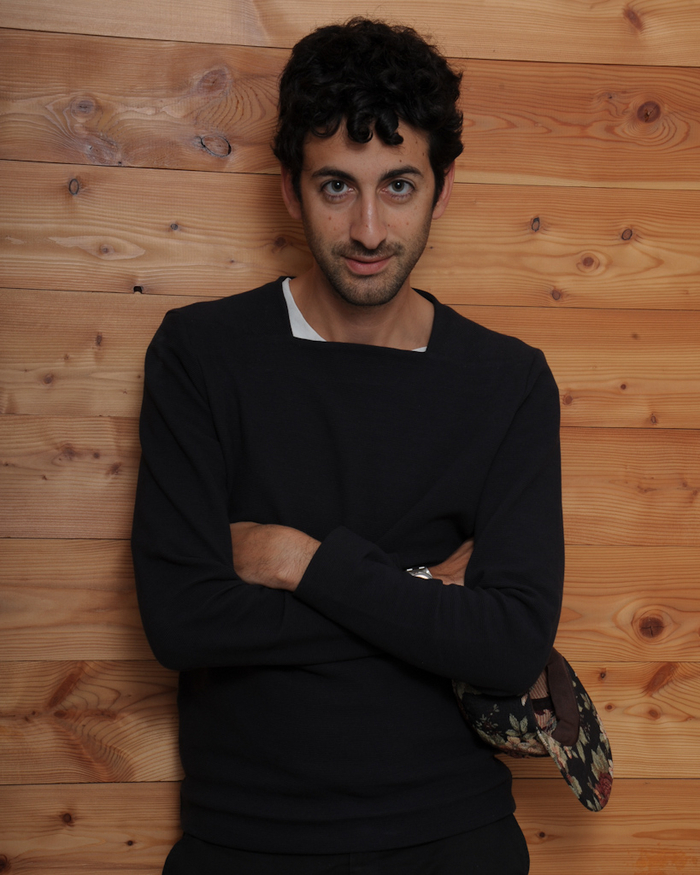 We are pleased to announce the collaboration between SNDO - School for New Dance Development and the Theatre Directing Department of the Academy of Theatre and Dance in the form of a workshop, entitled as 'Conditions for something to happen - On latent performances'. The workshop engages our 1st and 2nd year students.

To facilitate the exchange between our students - going beyond the obvious notions of similarity or difference between the choreographers and theatre directors - we  have invited philosopher Daniel Blanga-Gubbay to conceptualize and curate this workshop.

Starting from the legacy of Situationism International, and the gap between Spectacle and Situation, this workshop proposes the construction of a lexicon to rethink the idea of creation. By merging theory and practice, in relation both to arts creation and the current political situation in Europe, ´Conditions for something to happen´ discloses a refection on the creation of situations: what does it mean to create (and abandon) a space filled with unforeseen possible actions?

The workshop is made of a series of different formats: individual researches, groups working on projects, collective reading sessions, invited artists and invited performances. The topic of latency will be disclosed through different angles: the relation with objects, performance of matter and materiality, the body, architecture and the political narratives.

Daniel Blanga-Gubbay is a Brussels-based researcher in political philosophy of the arts. After graduating in philosophy from the Venice University of Architecture with Giorgio Agamben, and while working with him, he got a European Ph.D. in Cultural Studies, jointly run by the University of Palermo, Valencia and Freie Universität Berlin. He was the creator of the artistic project Pathosformel (2007-2014) and got a post-doc at the Heinrich Heine Universität in Düsseldorf, within a project on the use of the concept of possible in art and politics. He is current professor at Académie des Beaux Arts in Brussels and collaborates with the Kunstenfestivaldesarts. He is the founder of Aleppo (www.aleppo.eu), a space for researches in art and political philosophy. ´Conditions for something to happen´ is taking place from December 7th till December 11th 2015 in the Academy of Theatre and Dance, Amsterdam.

The workshop is part of the Artist in Residence (AIR) project Der Theatermacher at the Directors Department. AIR is a programme of the Amsterdam University of the Arts. www.air.ahk.nl