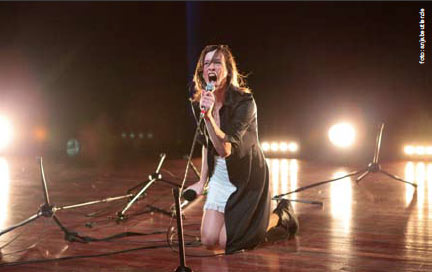 Theater maker Nicole Beutler, a graduate of the SNDO and guest teacher at the Theaterschool, was awarded the VSCD Mime Prize for her production 1: SONGS, a solo with missing choir.

The VSCD Mime Jury's verdict of this production: “Stirring, seductive, serene, introspective, meditative and suddenly perilous and rock & roll again. This production grabs the viewer by the throat. From the appealing imagery at the onset - in which Beutler reaffirms her fascination for the twilight zones between visible and invisible, presence and absence - the production unfolds as a captivating concert. The way she collaborates with mime performers serves as an incentive for the professional field.”

The VSCD Mime Prize is awarded to the person or group who, according to the jury, have made the most important contribution to mime during the past season. This with regard to performance, direction, choreography etcetera. The VSCD Mime Prize, a bronze sculpture made by artist Eric Claus, was first awarded in 1986. 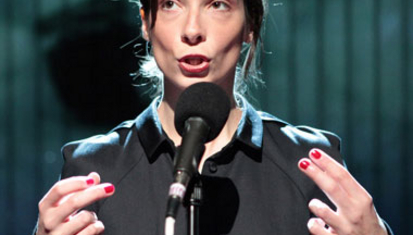