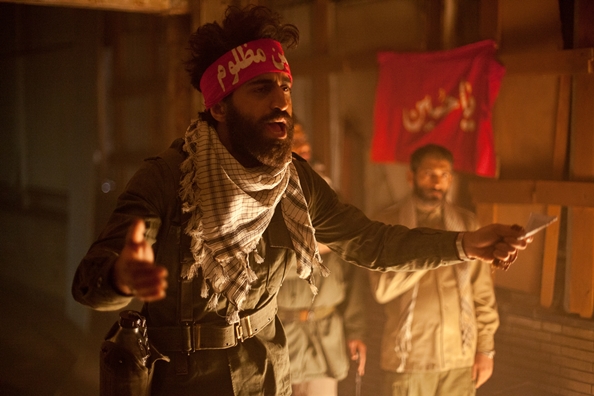 The graduation film 'Sacred Defense' has won the CILECT Prize in the Fiction category.

The graduation film 'Sacred Defense' has won the CILECT Prize in the Fiction category.

A representative from the crew collected the prize on 13 October at a special ceremony in Los Angeles during the CILECT Congress, which is being held there this year.

CILECT is the international association of film and television schools: 110 schools submitted films in the Fiction, Documentary and Animation categories. The result was decided by vote. The graduation film ‘Lokroep’ took fourth place in the Documentary category.

‘Sacred Defense’ tells the story of Reza (Saman Amini) who, during the Iran-Iraq war, prepares soldiers mentally for the battlefield. His doubts about the point of the war grow when his 13-year-old son Amin (Behnam Pirzadeh) enlists as a recruit.

‘Sacred Defense’ was made in collaboration with HUMAN. The film has already won the VERS Awards XL Binger Filmlab Publieksprijs (Audience Prize) and has been nominated for the Student Academy Award in the Best Foreign Student Film category.