A successful weekend for our young talents 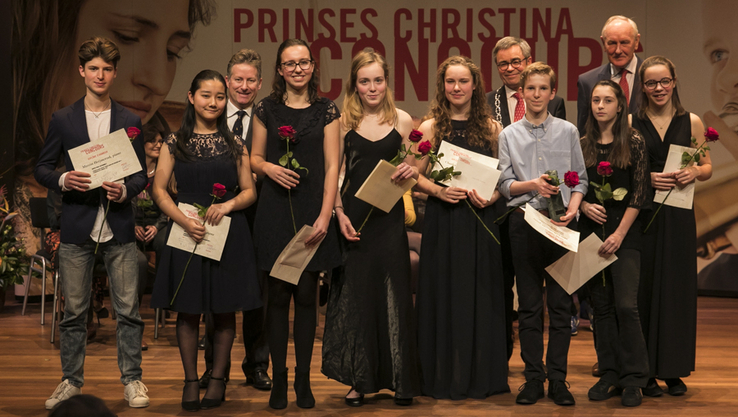 The prize-winners of the Princess Christina Competition

The Conservatorium van Amsterdam is proud of its young talents! This weekend, students from the Sweelinck Academy and the Classical bachelor’s programme have been very succesful at the Princess Christina Competition West and the Netherlands Violin Competition.

Finally, the Donemus Prize, a prize for a remarkable performance of a work by a Dutch composer, was awarded to Teddy Sikking (14), violin student with Emma Breedveld and Sarah Kapustin.

Netherlands Violin Competition
Students from the Sweelinck Academy and the Classical bachelor’s programme have also reached the final of the Netherlands Violin Competition. The finalist in the ‘Oskar Back’ category (top talents up to 26 years of age) is Hawijch Elders (19), who studies with Ilya Grubert in the bachelor’s programme. In the ‘Davina van Wely’ category (14-17 year olds) the finalists are Enzo Kok and Luna de Mol, both students at the Sweelinck Academy with Wiesje Miedema and Coosje Wijzenbeek respectively. The finalists in the category ‘Iordens B’(13-14 year olds) are Alice van Binsbergen and Olga Göschel, both students with Wiesje Miedema.

The final will be held on January 20th, at TivoliVredenburg, Utrecht.

More about the Sweelinck Academy

More about the Classical Department