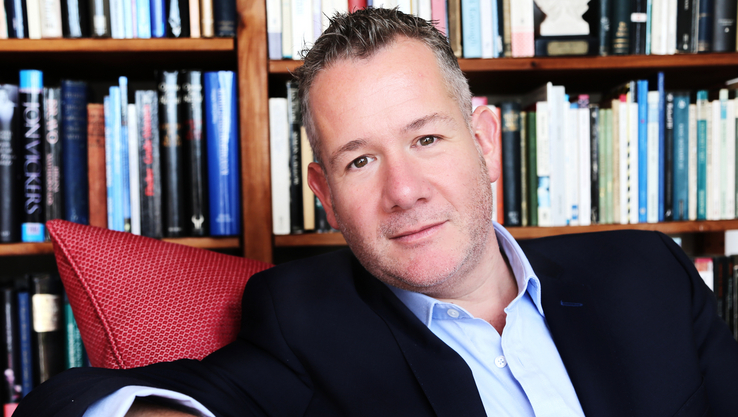 As of December 1st, Irish tenor Paul McNamara will be appointed Artistic Leader of the Dutch National Opera Academy (DNOA), the two-year master programme offered jointly by the Conservatorium van Amsterdam and the Royal Conservatoire of The Hague.

'We are very pleased that Paul will be joining DNOA,' says Henk van der Meulen, Director of the Royal Conservatoire . 'A versatile artist with broad experience, he is fully aware of what is needed to help young singers reach the next level in their careers.'

Janneke van der Wijk, Director of the Conservatorium van Amsterdam: 'Paul's active involvement in the opera world is of great value to us. He will be a role model for the students and further strengthen the ties between DNOA and the professional opera world in Europe. We look forward to welcoming him here.'

Paul McNamara himself is also pleased with his appointment. 'I am happier than I can say to have the opportunity to be Artistic Leader of the DNOA. I look forward to working with my colleagues and the students to consolidate the Academy's position as one of the leading programmes of its kind. I greatly admire the DNOA's ethos of addressing the specific needs and continued progress of the individual learner.'

In addition to Paul McNamara, Marjolein Niels, mezzo-soprano and acting Head of DNOA, will be responsible for educational and organisational matters at the academy. 'This joint management will guarantee innovation as well as continuity and flexibility with regard to coaching the next generation of opera singers at the highest level,' says Okke Westdorp, Associate Director of the CvA.

Paul McNamara studied musicology and voice in Ireland and London. He has appeared in opera houses throughout Germany and Austria performing roles such as Wagner’s Tannhäuser, Parsifal and Tristan, Herodes in Salome and Vasco da Gama in Meyerbeers L’Africaine. He has been heard at major venues including Venice’s Teatro La Fenice, Teatr Wielki in Warsaw, the Theatro Municipal in Rio de Janeiro, New York’s Carnegie Hall, the Berlin Philharmonie and Concertgebouw Amsterdam. Furthermore, his commitment to the new generation of opera singers in his native country led him to co-found Opera Collective Ireland.