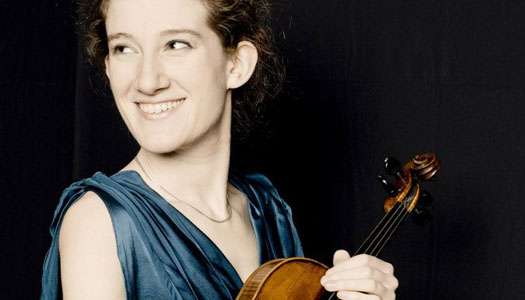 Violinist Maria Milstein has been appointed principal subject teacher of violin at the Conservatorium van Amsterdam as of September 2015.

Violinist Maria Milstein has been appointed principal subject teacher of violin at the Conservatorium van Amsterdam as of September 2015. Maria has made a name for herself as a soloist and chamber musician. With The Van Baerle Trio she has embarked on an international career.
Maria Milstein knows the conservatory inside out; she studied with Ilya Grubert and recently she joined the violin department as assistant.

Sven Arne Tepl, Vice-Principal: ‘With Maria we have found an exceptionally driven musician and teacher. Maria will bring her own colour to the international team of violin teachers.’

Maria Milstein (Moscow, 1985) studied violin in Fiesole with Pavel Vernikov, at the Conservatorium van Amsterdam with Ilya Grubert and in London with David Takeno. Maria is a prizewinner of major international competitions and awards such as Città di Brescia and Premio Rodolfo Lipizer in Italy, the Lyon International Chamber Music Competition with the Van Baerle Trio, the Concertgebouw Vriendenkrans Competition and the Kersjes Prize in the Netherlands.
Maria has performed with several European orchestras and has worked with conductors such as Michel Tabachnik, Christian Arming, Christopher Warren-Green, Alexander Rudin, Augustin Dumay, Reinbert de Leeuw and Ivan Meylemans. Additionally, she is a highly appreciated chamber musician as well.
In 2008 Maria formed the Van Baerle Trio together with pianist Hannes Minnaar and cellist Gideon den Herder. Very successful at several international competitions, the trio has recorded a CD with works by Saint-Saëns, Loevendie and Ravel on the Etcetera Records label, and toured through Europe in 2014 in the ECHO Rising Stars series, playing at venues such as the Musikverein in Vienna, Cité de la Musique in Paris, Bozar in Brussels and the Philharmonie of Cologne. 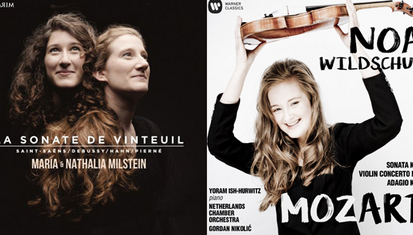