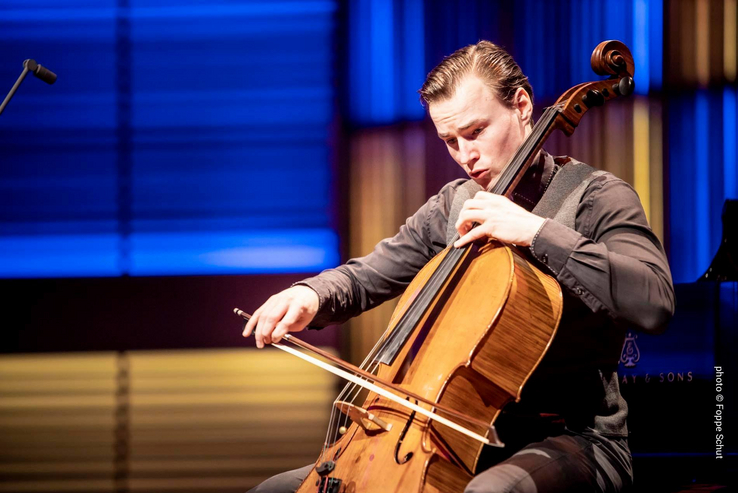 Last Friday evening Melle de Vries (1994) won the second prize at the National Cello Competition, part of the Cello Biennale. Melle started playing the cello at the age of four in Groningen. He completed his bachelor’s degree at the Conservatorium van Amsterdam with Maarten Mostert and Jelena Očić, after which he continued his master’s studies with Dmitri Ferschtman.

Tom Feltgen (1997) won the third prize and the Start in Splendor prize also went to him. For his bachelor’s degree he studied with Gideon den Herder at the Conservatorium van Amsterdam. For his master’s he now has lessons from Jelena Očić. In 2018 he won the Encouragement Prize at the National Cello Competition.

Due to the high level in the first round, the jury decided to not select three, but four participants for the finals. The fourth prize also went to a CvA student: Pedro Silva (1995). First prize went to Benjamin Kruithof.