Deborah Hay has spent most of her professional career making dances for large groups of people. Her book Lamb at The Altar: The Story of a Dance is a description of making a dance for 41 individuals over the course of four months.
Since 2004, however, she has focused primarily on making dances for highly experienced dancer-choreographers. The SNDO’s invitation to create a mass choreography gave her the opportunity to return to the large group format with the added knowledge and experience gained over the previous five years working with more subtle choreographic challenges. The result is astonishing: ‘Hay creates an openness on the stage that transfers to the audience through her dancers. Breaking the Chord is an invitation to be swept along to the rhythm of the dancers’ voices and bodies.’ (Springdance festival press release)

About Deborah Hay
Deborah Hay is a dancer and choreographer whose work has played a significant role in shaping international dance and performance since the 1960s. She was a member of the Judson Dance Theatre, one of the most radical and explosive 20th-century art movements. In the 1970s, Hay left New York to live in a community in Northern Vermont and distance herself from the performing arena and entered a lengthy period of reflection about how dance is transmitted and presented. In the late 1990s, she focused almost exclusively on enigmatic solo dances, performing them around the world and passing them on to noted performers in the US, Europe and Australia. She is the author of Moving Through the Universe in Bare Feet, Lamb at the Altar, and My Body, The Buddhist. In 2009, the Theatre Academy in Helsinki awarded her an honorary Doctor of Dance degree. 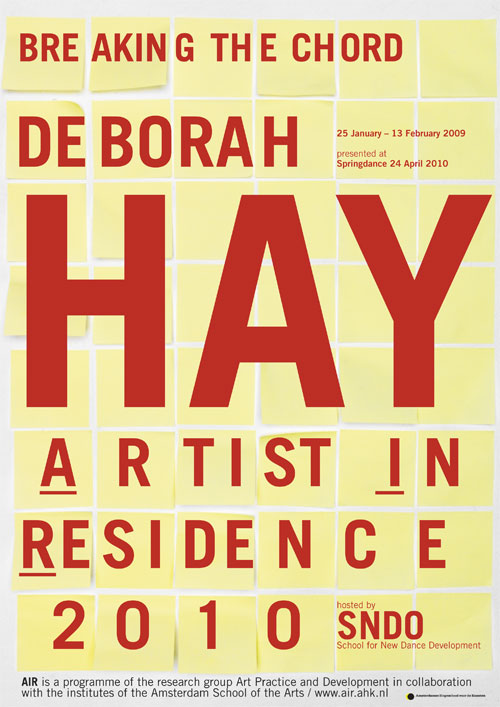 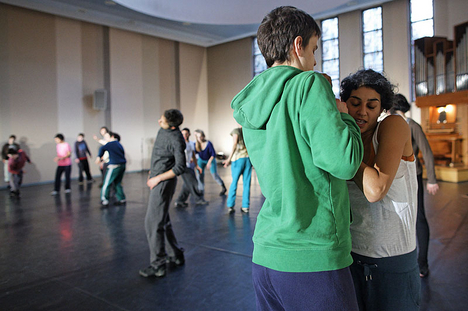 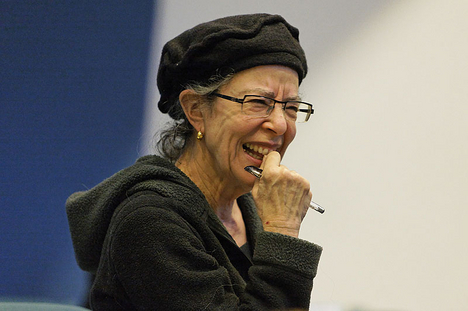 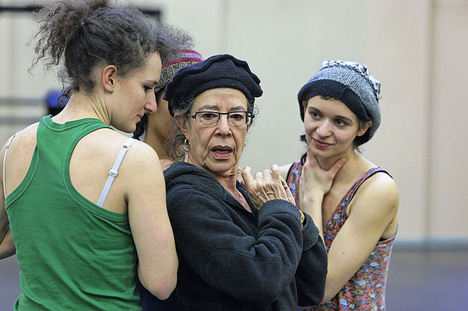